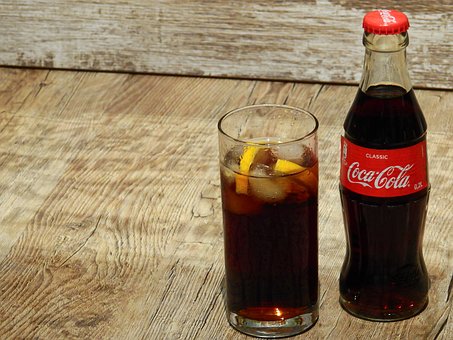 The Dangers of Coke 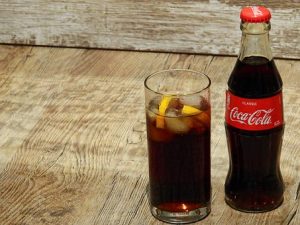 Coca Cola – it’s one of the world’s most recognizable (not to mention valuable) brands. Started as a carbonated medicine more than 130 years ago, today they have more than 900 bottled plants and sell more than 1.9 billion drinks every day. While the occasional Coca Cola won’t do any lasting damage, there is much evidence to suggest that regular consumption of the drink leads to more than just obesity. The dangers of coke are well researched – here’s the summary.

Coke Zero was recreated as a way of bridging the taste gap between regular Coca Cola and Diet Coke and contains no sugar or calories. Sounds great right? Unfortunately, not so. As well as having zero sugar, it also has zero nutritional value. Plus, it contains aspartame, a sugar substitute which in some research suggest it has linked to cancer and a whole host of other side effects. While you won’t gain weight drinking Coke Zero, it’s thought that it stimulates the appetite for more sweet foods. 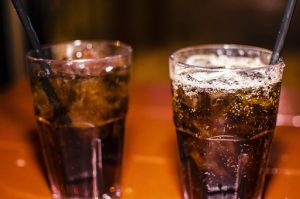 By far the worst offender is their original Coca Cola drink. The effects on the body are well documented, yet many of us opt to continue drinking the soda, some in very high quantities. Here’s what happens to your body over an hour after drinking a can.

Your body gets hit with a ton of sugar (more than 100% of your recommended daily allowance). The only thing that stops your body rejecting it is the phosphoric acid.

In an effort to combat the large quantity of sugar, you body sends out a burst of insulin and your liver begins to quickly convert the excess sugar into fat. 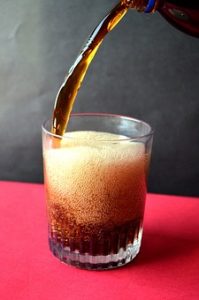 Your body has completely absorbed the caffeine – your blood pressure rises and pupils dilate causing your liver to release more sugar into your blood stream.

Just like heroin addiction, you start to release dopamine causing a sense of pleasure in your brain. You feel less drowsy for a while, before you begin to crash.

The phosphoric acid binds to minerals in your intestine. While these minerals were headed for parts of your body where they were need, the diuretic properties of the drink mean you begin to flush these important minerals and nutrients from your system. Your body will begin to have a sugar crash making your irritable and sluggish.

Dangers of Coke and Pepsi

We’re not just after Coca Cola. The similar make up and ingredients of Pepsi means swapping out isn’t going to make any difference. Pepsi, like Coke, is linked to kidney problems, serious weight gain and diabetes among many more health issues.

Coke Light was introduced into the market in the early ‘80s and depending on where in the world you live, was also know as Diet Coke. Like Coca Cola Zero, it contains no sugar and no calories. Don’t let that fool you into thinking it’s good for you though. The soda also has no nutritional value whatso ever, flushes out important minerals from your body and has a contains caffeine which contributes to dehydration.

There’s no two ways around it. Drinking Coca Cola in any of its forms is simply not good for your health. At best, it does nothing for your body. At worst, it can worse serious side effects which contribute to quick weight gain and diabetes.

Looking to get in shape? Throw those cans of Coke away and book a stay at your Chiang Mai bootcamp in Northern Thailand. You don’t have to worry about the dangers (or temptations) or Coke at your camp. Instead, you can enjoy healthier drinks like fresh coconut water and tropical fruit juices. You won’t be going alone. Along with a bunch of like-minded individuals and expert coaches, you can kick start your health kick, get in shape and enjoy the wonders of Northern Thailand all in one trip. All the transport, food, accommodation, coaching and visits to the local attractions are included, plus there’s often last-minute deals if you get in touch.

If you’re tired of the excess of Christmas, you’re probably eager to start your New…