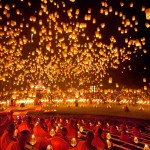 There are a lot of things that Thailand just gets wonderfully right and the beautiful paradise beaches found on Koh Kood, Phuket and Krabi; the heavenly views afforded over the jungle in Chiang Mai and the delicious foods that tell tales of Asian adventure as they set your taste buds alight are just a few of them, but something that Thailand truly excels in – is its ability to have a good time. We’re of course talking about Songkran.

Songkran, which happens at the height of the summer season, is Thailand’s new year festival – but instead of limiting the celebrations to a singular evening – the festivities are enjoyed for 2 days, or as is often the case here in Chiang Mai – for anything up to a week! We’ll be celebrating Songkran from the 13th of April and as always we will be wet – very very wet. 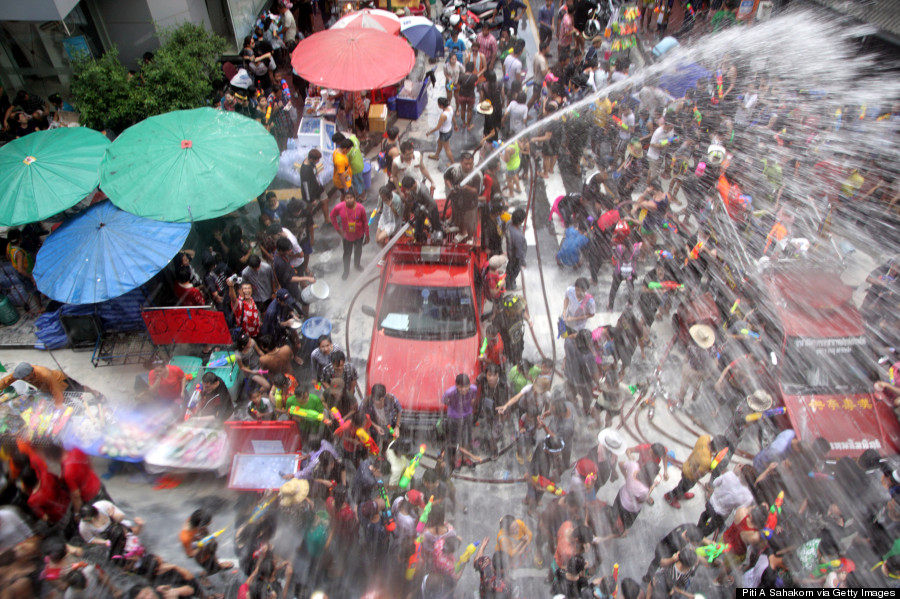 Thailand’s streets turn into a battleground

For the festival turns the streets of Thailand into a battleground for what is easily the worlds largest water fight. Expect to be sodden as families perform drive by soakings from their cars, expect buckets of water over your head as you head onto the street, feel the explosion of water-bombs on your back as you try to escape or simply grab a (water) gun and go get ‘em!

Of course it wasn’t always this way, once-upon-a-time, Songkran was a lovely if somewhat more laid-back affair, with the ‘soaking’ being more of a dampening, as Thai’s would gently pour a bowl of water over each other on the final day of their New Year celebrations. The old traditions associated with Songkran are of course still observed, and these are a beautiful spectacle to behold, as images of the Buddha are bathed and the younger Thais pour scented water over the hands of their elders in a ceremony known in Thai as rod nam dum hua – in a bid to gain their blessings.

In Chiang Mai Buddha images and floats pass through the town

Another part of the celebrations is to release birds and fish from captivity and one of the best places to see this en-masse is by heading to Phra Pradaeng in Phuket where the winner of the Miss Songkran beauty contest starts the proceedings by letting the first of the fish go free. Celebrations happen all over the country – though you’ll note that Bangkok is considerably less busy than usual – as many people use the holiday as an excuse to visit family, so the best spot is usually around Khao San Road, though Banglamphu generally has a nice mix of performances to enjoy too. However, the best place bar none
to join in the revelry is Chiang Mai, where the celebrations are legendary, and in addition to the pandemonium of the water fights, you’ll have a chance to be enchanted by the Songkran procession of Buddha images and floats that passes through the town as well as celebrations at the temples that include offerings of food and monk’s robes. But for those that just want to get to the fun, or ‘ sanook‘ , you’ll find literally thousands of people around the moats in the city – amassing their army, ready for the fight!

It would be unfair to suggest that this is where the celebrations end in Thailand, as the country has a plethora of fantastic festivals the year round. If you miss Songkran, then we recommend one of the following: 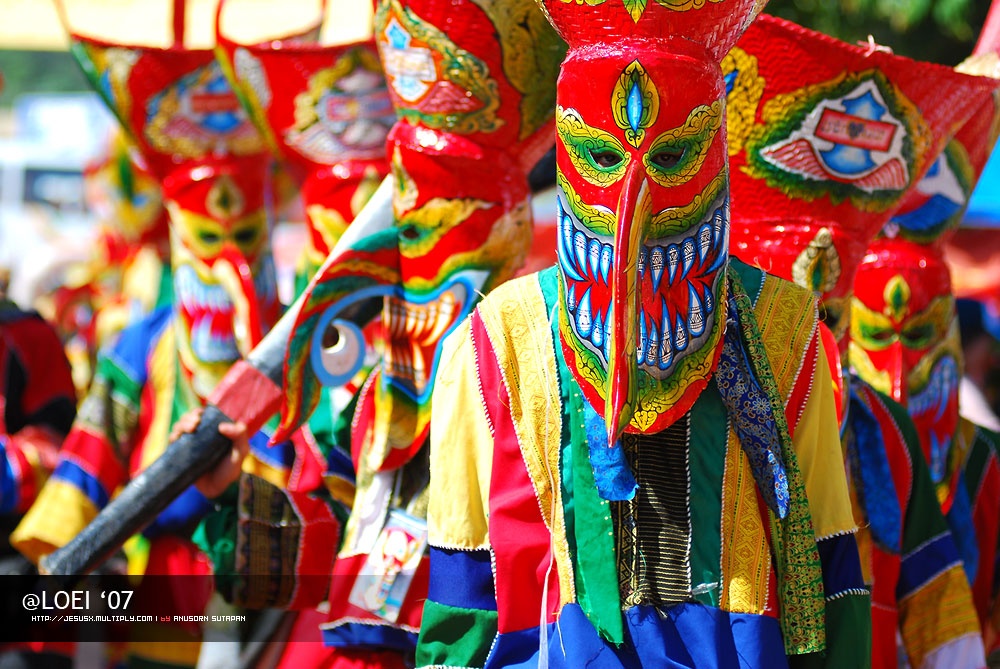 Perhaps one of Thailand’s most visual and colourful festivals, Phi Ta Khon or the ‘ghost festival’ as it is better known takes place each year around June, in the Dan Sai district in Isan. Locals dress up as ghosts in elaborate costumes and masks and dance and take part in processions to invite protection from the spirit of the Mun River. 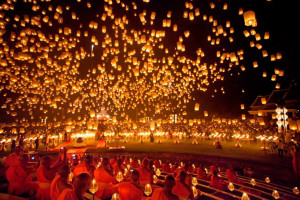 Loi Krathong is a beautifully serene festival, almost like the anti Songkran, symbolic and wonderful – it is incredible to witness. On the evening of Loi Krathong (sometime in November), people, in their thousands, head to their local river, waterbed, etc., and float (loi) small floating banana leaves in the shape of a lotus flower (Krathong) and adorned with candles, on the water, as they make a wish and let go of past grudges. Above water level – you’ll see hundreds of kom loi (small hot air balloons) floating away in much the same manner, as they form a lit path to the heavens. Seeing kom loi is especially beautiful in Chiang Mai – but check the dates before travel.

Other worthwhile mentions include the somewhat gruesome, though fascinating Vegetarian Festival in phuket, the legendary Full Moon Party on Koh Phangan – which is actually a giant beach party if truth be told, and finally the fascinating River Kwai Bridge Week which honours the memory of the fighting that took place on the River Kwai during WWII. 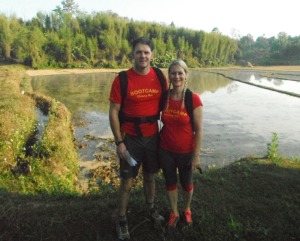 The Fresh Start Thailand Fitness Boot Camp is based at the Spa health resort in Chiang Mai, which has been voted as one of the top 10 health destinations in Asia. The boot-camp is run by Louise and Richard Thomas who have enmassed between them 50 years of combined fitness and health knowledge. If you are looking for a fresh start to inspire and motivate you to improve your fitness levels and lose those extra pounds, then the Fresh Start Fitness Boot-camp is the place to be.


Please subscribe to our newsletter to claim your free Fresh Start Health Tips And Cook Book, the latest news and get exclusive discounts straight away!

Amazing Thailand is one of the most interesting countries in Southeast Asia. Here are my…

A Short Introduction To Buddhism In Thailand Whilst walking the streets of Thailand.whether in Bangkok,…

It’s the rainy season here in Chiang Mai and contrary to people’s beliefs... it isn’t…