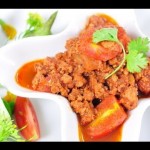 Thai cuisine is world-renowned for its depth of ﬂavour, vibrant colours, good use of spices and appealing health beneﬁts. However, Thai food in the west is often a pot of boiled tomatoes masquerading as Tom Yum and tasting not even half as good as the real thing. So while we’d love to go through a hundred dishes or so to highlight all of our favourites – we though we’d use this time instead to highlight just a few of our favourite dishes from Northern Thailand.  Let’s look at Five Of our famous northern Thai dishes. 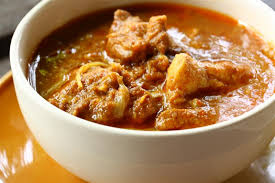 Gaeng Hang Lay is an exceptionally popular dish in northern Thailand, which you’ll ﬁnd is more comparable to an Indian-style curry than a typical Thai curry dish such as Penang. That’s because Gaeng Hang Lay lacks the creamy coconut milk that accompanies many of Thailand’s more famous dishes, focusing instead on a speciﬁc mix of northern spices (shallots, garlic, roasted chilli, tamarind, soy sauce, ginger and fermented shrimp paste) and pork belly to gain its complex and deeply aromatic ﬂavours. It’s often served with pork skin cracklings – though we suggest you stick to rice for a slightly healthier option. 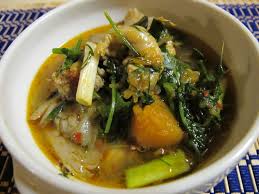 Gaeng om is a herbaceous vegetable soup, whose complex ﬂavours are the result of boiling a choice of meat (everything from chicken to buffalo) with healthy amounts of cabbage, long beans, toasted rice and a mix of herbs – dill is generally the primary source of ﬂavour from the herb selection. Gaeng om is often eaten with larb or a selection of grilled meats as something of a cleansing herbal tonic. Unlike many Thai dishes, that use traditional ﬁsh sauce (nam pla) this dish is supposed to be seasoned with pla raa, which is a fermented freshwater ﬁsh sauce more typical of northern Thailand as well as Laos and Isaan.

Miang Kham is a “one bite” appetiser and a regular on most street food stalls throughout Thailand. It’s a perfect nibble food and offers a fantastic introduction to Northern Thai Food and its varying ﬂavours. Miang Kham is served in such a way that one can simply pick and mix a combination of sweet, sour, salty and hot ﬂavours, which you then wrap in a Cha Plu leaf and eat for a fresh, tasty and complex snack or appetiser. Ingredients vary quite a lot depending on where you are but normally include things such as shallots, chillies, ginger, peanut, coconut and lime bits. Traditionally in Northern Thailand people would sit at small, round tables known as Khantoke tables – and this is a typical dish of that style of dining. 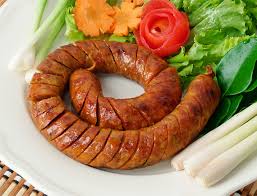 When most people think of Thai food, the last thing that comes to mind is sausage. But Thai sausage is delicious in particular Sai Oua – the northern Thai sausage variety (Naem is also an exceptional variety from Northern Thailand). The sausage is made with minced pork which is combined with a variety of distinct typical Thai ingredients such as garlic, chillies, galangal and lemongrass to give it a spicy, yet lemony ﬂavour. You’ll see these sausages all over street food stalls in Chiang Mai, nd will certainly smell them while the vendors grill a bunch of coils to absolute perfection. 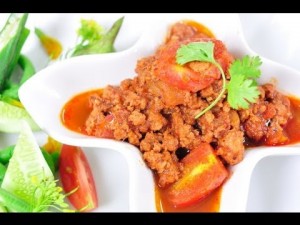 It’s impossible to think about Northern Thai cuisine without thinking about Nam Prik Ong and Nam Prik Noom – which are both chilli sauces that are served with almost every meal in the north – especially on the aforementioned Khantoke tables.Nam Prik Ong’ is the most popular of two and is simple blend of red birdseye chillies mixed with pork and tomato – and is absolutely delicious – while Nam Prik Noom’ is a ﬁery dip created with a combination of toasted green chilli, onion and garlic. These are most often served as side dishes but we’ve seen Nam Prik Ong served as a main dish (with some slight alterations), and if they are on the menu then we suggest pairing them with a bowl of sticky rice and some crunch pork cracklings. 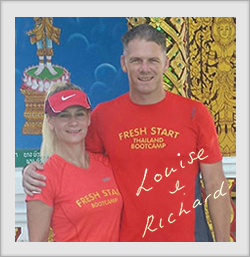 Of course there’s so much more than these ﬁve but we believe these are a good starting place for anyone that wants to learn more about Northern Thai or Lanna cuisine. For more dishes – take a look at Kaeng Khanun, which is a northern, fruitier version of Tom Yum and Khao Soi which is kind of curry noodle dish. And if you want to know more about Thailand please check our blogs out, here are the link Muay Thai The Art of Eight limbs and  Buddhism in Thailand

The Fresh Start Fitness boot camp is based in Northern Thailand and we include some healthy and tasty Northern dishes in our boot camp menu.

It’s the rainy season here in Chiang Mai and contrary to people’s beliefs... it isn’t…

Turn Your Senses Over to Nature in Chiang Mai Thailand